If I’d flung her through the window that night,
no one would have known I’d done it. For how many
windows had she smashed by now? How many walls
had she cratered? We lived in an asteroid storm.

(A feeble joke we told our friends: that we
could gauge our daughter’s growth by the height
of the holes.) I’d pinned her down—embrace turned
tourniquet–on our bare, midnight mattress. But

I could have let her go, and when she charged,
I could have shoved her hard against the one
broad pane not yet replaced with plexiglas.
Her only chaperon: the air. Only sidewalk,

her release. But if the window didn’t break?
Or didn’t break enough, and left her equipoised,
and only bleeding? We thought her unassailable,
thought shards of glass, like all of us, were barred

from ingress. (Was her very skin oblivious?)
However founded in calamity, she seemed
unscathable. I seemed to think she might
cavort through fire unburned, clash with a car

without breaking a bone, drink poison and feel
merely sated. Not that I had ever thought
of burning her, breaking her bones, feeding her
poison. Understand, if you possibly can,

that I ached to be the one who leapt
into the fire, snatched her from the line
of traffic, forced the ipecac down. It flew
at me just once (no–twice)—this fierce retort:

throw her out the window. This urge—more howl
than wish–I let it go. For I knew windows well
by now. They’re not like in the movies. She would fall
halfway through and dangle. Is there a heart

that wouldn’t vaporize at once, rather than
abet that second push? …And so she’d end up hurt,
not dead. (Beyond my scope, this lone barbarity:
to make her feel worse than she already did.) 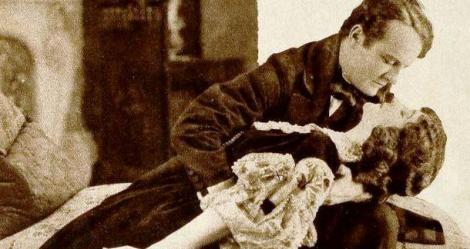 You Need to Know This (a found poem)

Disappointed at your lack of performance?
Stop being a nervous wreck
Don’t embarrass yourself in bed again
Get the manhood you’ve always desired
Big self-esteem makes her crazy
Be the master of the bed

“The one that got away.” The fish that broke free
of the hook. It’s a powerful cliché. It’s the perfect
crushed-into-scrap-metal metaphor for what we all
feel, deep down, how much we worship and long
for whatever we’ve lost. It’s seldom the one who
stayed whom we love most, but the one who, like
the prodigal son, escaped us. My husband got away.
He got away, perhaps, for good. He’s sitting five
feet to my left, reading a book about the Middle
East, but he’s lost to me, and I to him. Not that
I’ll ever tell him this. No, we’ll go on, and we’ll
be happy. Still, it’s a sad thing to give up on
someone, to leave him to drown. But it’s what
you have to do in the end. Henry and I had no
other choice. On his side: I’ve become crazy,
or at the very least, incomprehensible. On mine:
I had to let my husband go because I could see,
far too clearly, that he had already gone. (Yes,
yes, but how arrogant I am to assume he’ll
drown. Everyone knows that fish swim fine.)